It's been too long since I've done any original art for this blog, and I've been itching to do more! I knew as soon as I started working on that post about Hyung Tae Kim that I wanted to do another gender swap using his artwork, but it took me a while to find the time to sit down and do one.

Choosing an image was difficult. A lot of HTK's art is heavily distorted, and I wanted to experiment with actually not correcting anatomy this time around to see what the effect would be. However, I also really wanted to see what would happen if I took on a figure with an unnecessarily detailed crotch. For some reason, I wasn't able to find an image that was both very, very distorted AND very crotchular, so I settled for something crotchular and still a little distorted: 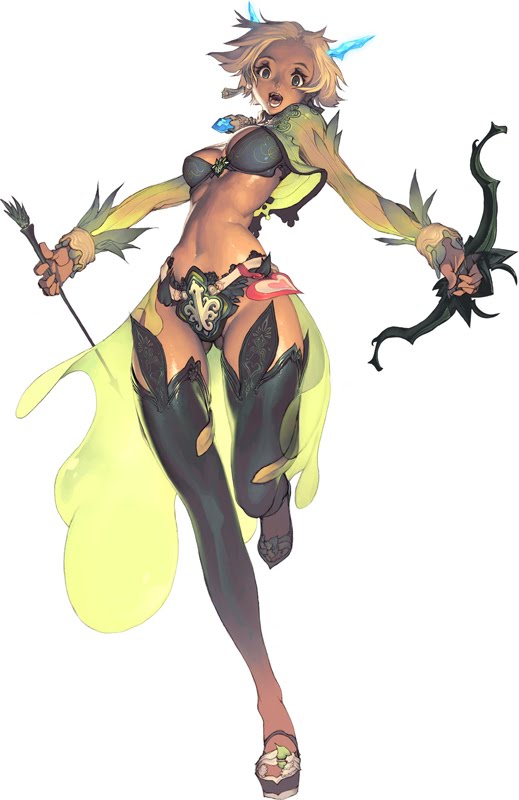 So this is Celestin Roaa from the Magna Carta series. This presented a huge challenge with the crazy boob perspective, and also with the costume - but I think it turned out well: 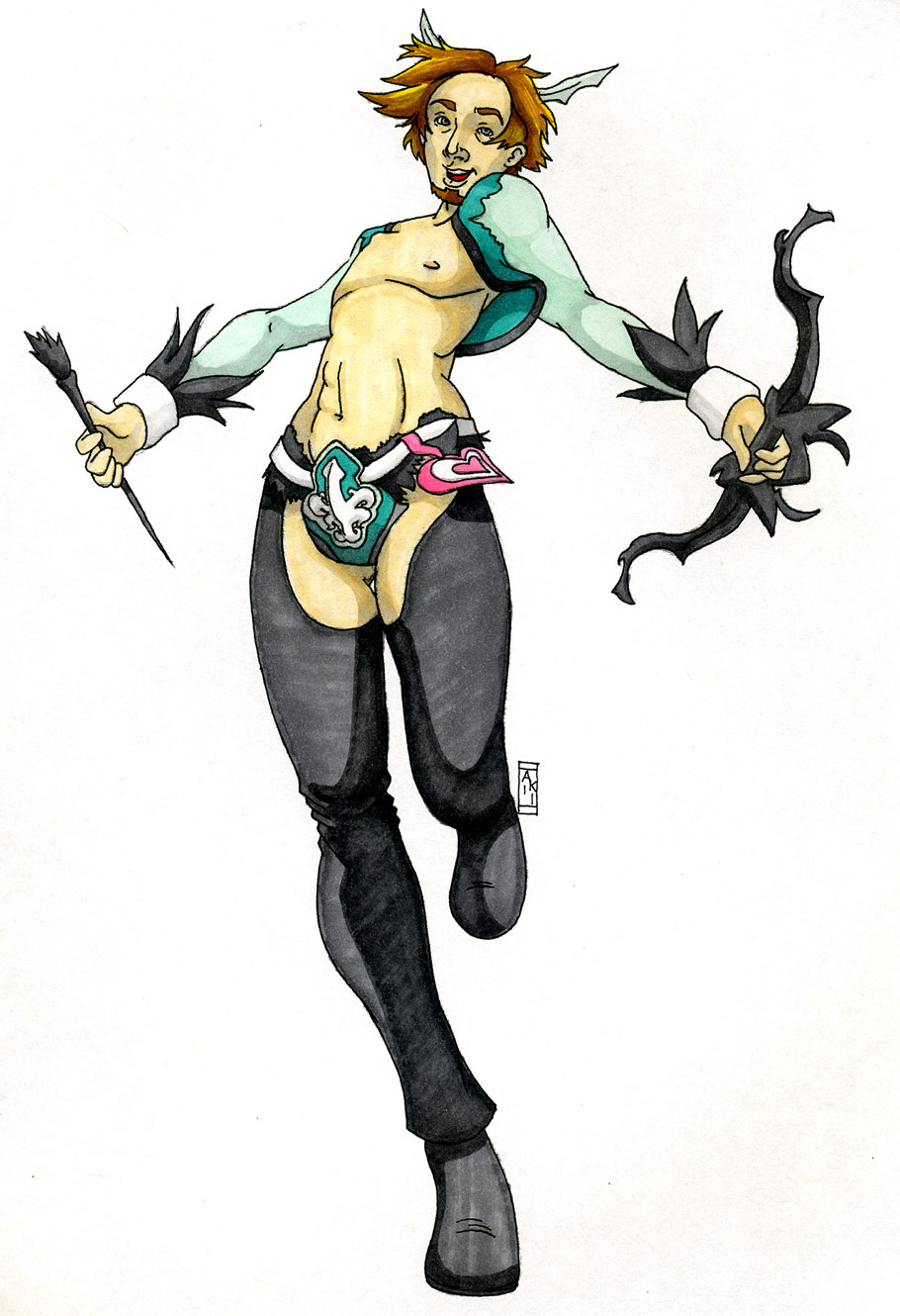 The costume presented quite the challenge, in that there wasn't any real male equivalent of the clothing that she was wearing. I compromised and gave my gender-swapped version a codpiece and chaps. Amusingly, I didn't realize how phallic the design on the codpiece was until after I drew it. I did try to give him a bulge, since Ken-doll superheroes with no visible bulge have always irritated me, but I think it was a bit obscured by the crazy codpiece. Alas.

The figure is softer than I intended, but I think that's more a result of me attempting to change as few lines as possible; I changed as little as I could to have the figure still be interpreted as male. (I'll admit the beard was me hedging my bets.)

Anyhow, in all other regards I'm quite happy with how the ridiculousness comes through. The chaps + codpiece are a wonderfully ridiculous combination, and the codpiece especially draws attention to the "HEY EVERYBODY LOOK AT MY CROTCH"-ness of the original pose. I think the low cut of the codpiece also helps make the sexualization extreme enough that it actually reads as sexualization. Were he wearing pants, I don't think that even the bare chest would really read as extreme sexualization the way the mostly bare chest with bikini top does with the original figure.

I think next time I'll tackle something with more obvious figure distortion, just to see what happens. I suspect it won't translate well, since the parts of the female body that get distorted don't really have male equivalents. But that unknown is part of why I'm doing this. I enjoy highlighting the ridiculousness of the imagery, sure. But the experimentation of what works and what doesn't is neat too.

I'd also like to do more re-designed characters, but I was having trouble deciding which character I should take on next. Anyone have any suggestions?
Posted by wundergeek at 6:09 PM