A belated look at gamer Valentines: the good, the questionable, the pathetic

What I found was a pretty mixed bag. There's a lot of genuinely funny stuff out there to be found. Then again, there's some pretty tasteless stuff too.

First up we have some Street Fighter valentines. These were done as a promo for last year's release of Street IV and were posted along with a trailer of Cammy, Juri, and Chun Li. And while the trailer is exactly what you'd expect for a promo trailer featuring fighting game women (SO MANY PANTY SHOTS), the valentines are actually pretty good: 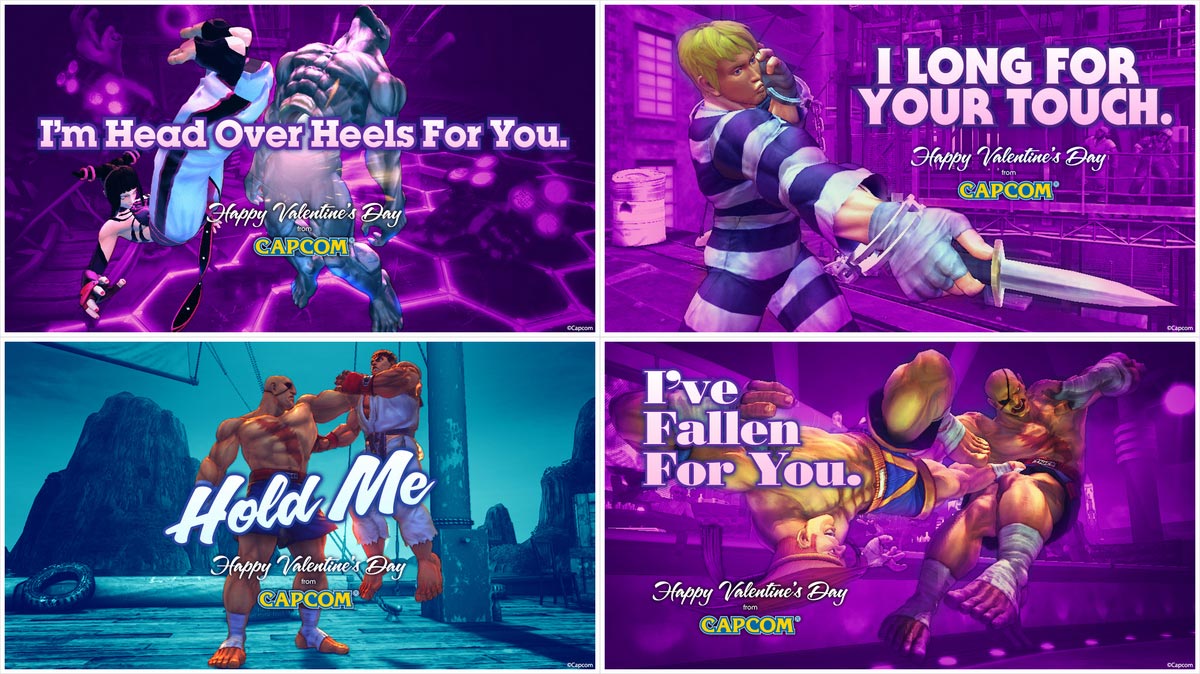 I appreciate that "I'm head over heels for you" shows Juri knocking out Kratos, and that the pose isn't blatantly fanservice-y. (Considering that Juri wears a square of fabric strapped to her chest, it's impossible to avoid completely...) I also enjoy the number of male/male pairings. I realize that given how vastly the women in Street Fighter are outnumbered by the men, it's probably a function of not many women to choose from. But still, I'd like to think that they meant to have valentines with non-straight pairings. (I'd root for female/female pairings too, only that wouldn't end well given the design of all of the Street Fighter women.)

Valve got in on the act as well with a few different Valentine's themed promos for Portal 2. In particular, I loved the video that they produced as a message from Aperture Laboratories with Valetine's day "tips" like "women love diamonds for their wide variety of industrial applications. It was humorous and did a pretty good job of turning a few stereotypes on their head, albeit in bizarre fashion.

They also released a few more traditional valentines like these: 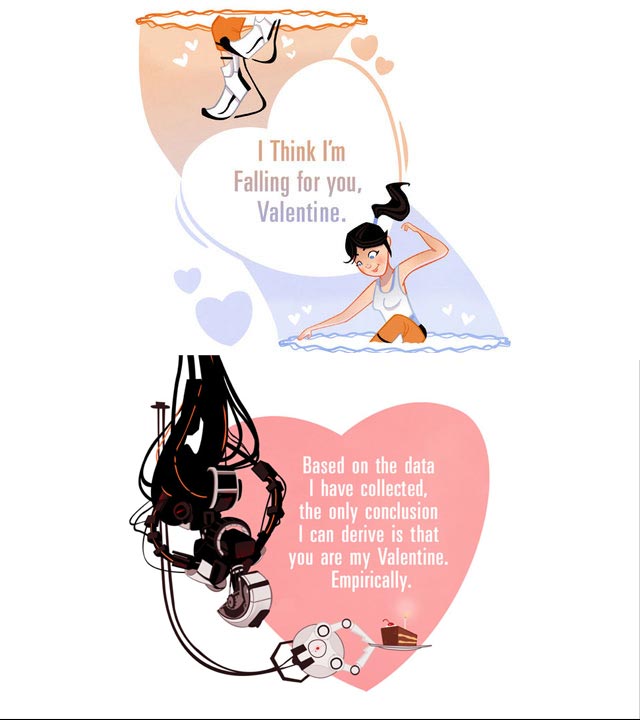 I also stumbled across this gem by the producers of The Misadventures of P. B. Winterbottom: 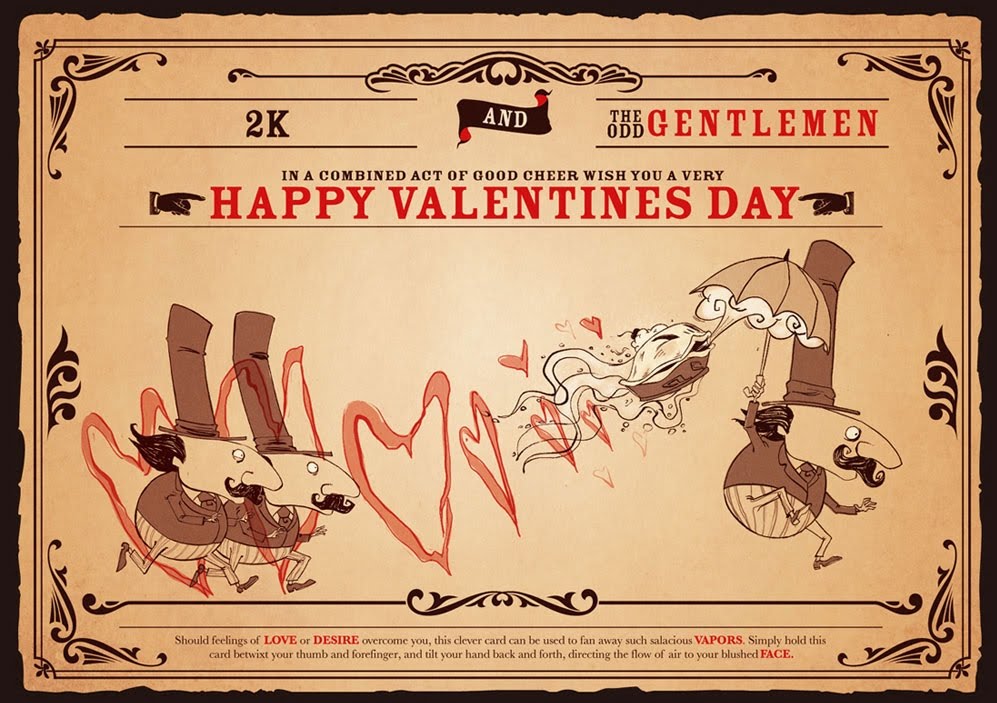 I love the retro styling, but what I love even more is the instruction at the bottom that starts with: "should feelings of love or desire overcome you, this clever card can be used to fan away such salacious vapors." It's always nice to see game studios treat gender stereotypes, even outdated ones, satirically. Lord knows it's far oftener the case that game studios are PERPETUATING gender stereotypes, yes even the outdated ones, rather than mocking them.
Some other gems I found that aren't gender/sexism related are:
* some Left4Dead valentines by the hugely talented Alexandria Neonakis (aka Beavotron).
* gamer valentines on IGN, including one by a horny Elcor (if you play Mass Effect it's hilarious, trust me)
* these NES valentines

They're worth checking out for a few chuckles at least.

This is going back quite a while... Lion's Head, the studio behind the Fable series put out this Valentine in 2007: 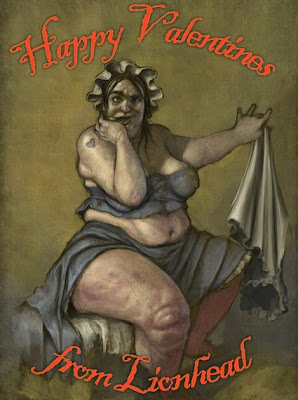 Now, I'll admit that the one thing I have been arguing for here is a diversity of female body types in game art. That said, I think this is more of a negative than a positive. This woman is being presented as an object of ridicule, not as an object of beauty. She is clearly designed to disgust the intended male viewer, which is sad. It wouldn't have taken much to present such a character as beautiful, but clearly Lion's Head just wanted to get some cheap laughs.

Richard Mitchell, the author of the feature that ran this valentine on Joystiq, ended the piece by saying:

We're sure she has a great personality. Hopefully, this has nothing to do with the secret Fable 2 feature that Peter Molyneux will reveal at GDC.


Even more depressing are the comments left on the Joystiq feature:

Hard nipples...going to give me nightmares!

That's about what I expected. Still... yuck.

Then there's this valentine of questionable taste from Kotaku: 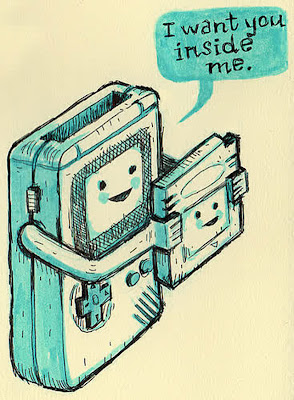 I dunno. I guess it's kind of funny. But then, it's yet another example of puerile sex humor coming out of Kotaku. What a shock! Not sure what to think of it, so in the end I'll roll my eyes and move onto this valentine from Destructoid: 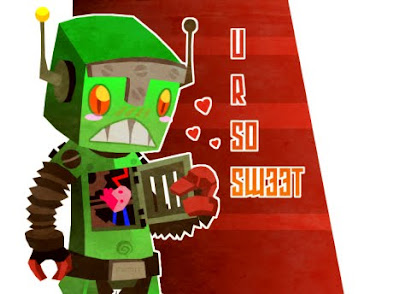 Okay. This is actually pretty cute, and doesn't have some cleavagey piece of fanservice like I half expected from Destructoid. But they couldn't leave it there, could they? I mean, then they wouldn't be the Destructoid we know and... um... love.

Anyway, the feature ended with: "Now who's going to make a Destructoid card for Steak and BJ Day?"

...charming, guys. Real charming. So nice of you to "throw us women a bone" every once in a while. Now do you think you could refrain from practically in the same breath demanding that us women give you blow jobs? Christ.

Surprisingly, Kotaku and Destructoid put in pretty half-hearted attempts to offend this year. But have no fear - FilePlanet has come to the rescue! Apparently this year is the third year that they have posted a selection of nude mods for Valentine's Day in a charming feature they call Valentine's Nudity.

Because really, what better way is there to celebrate Valentine's Day than by hacking video games to remove the clothes of video game women? That'll show those uppity bitches. How dare they have "empowerment" and "character arcs". Fuck character arcs - tits or gtfo, bitches! 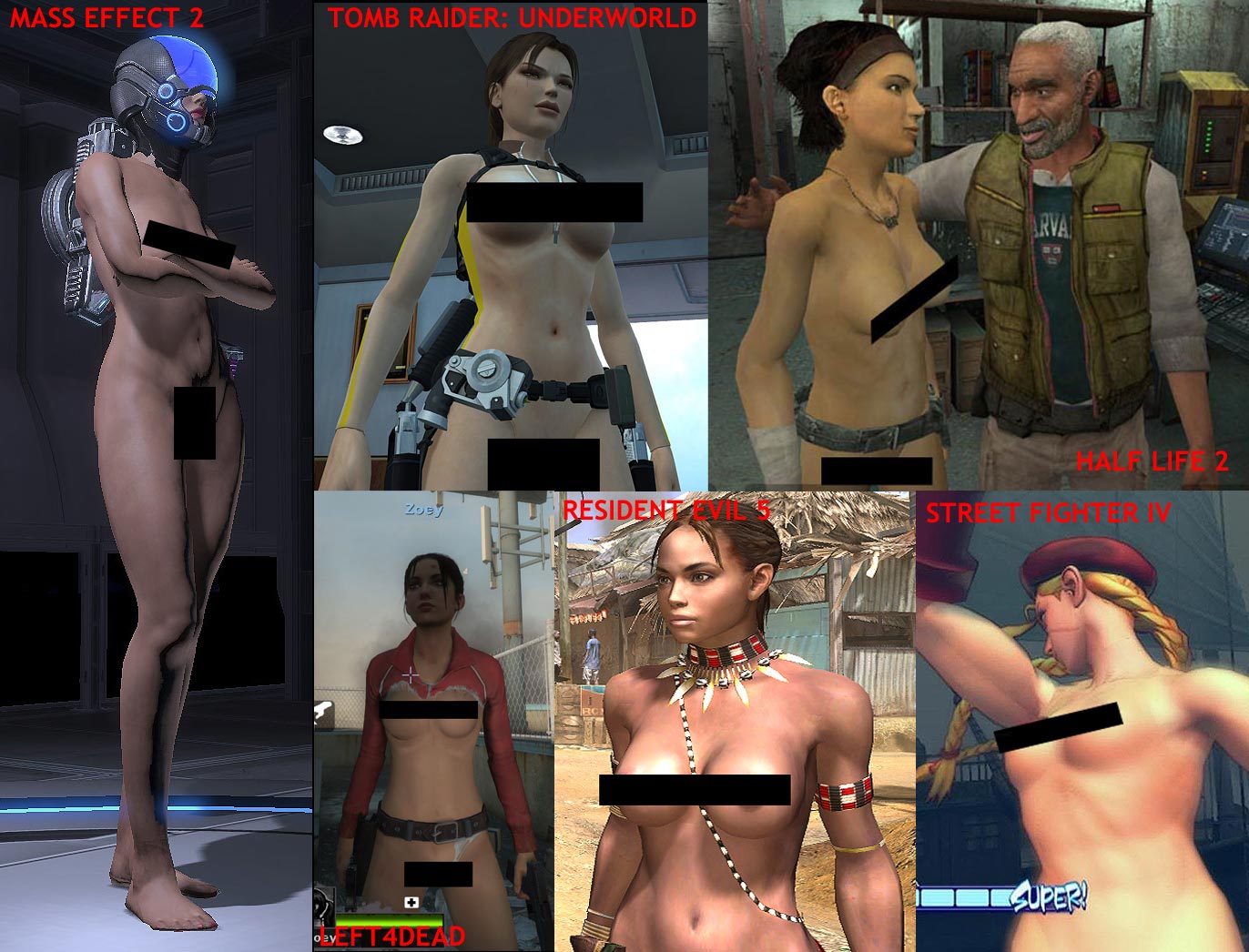 And then of course there's the comments:

No males? All female. That’s refreshing.

Where did i stick my vaseline?

AVG Detected a virus in a file needed for the Mass Effect 2 nude skin to work. Oh well the miranda nude mod is better anyway

So I guess thanks go to FilePlanet for making even Kotaku and Destructoid seem appealing. Then again, I guess they'll be needing the nude mods since some of those guys probably couldn't NOT offend a woman if their lives depended on it.
Posted by wundergeek at 10:27 AM