BTO (or Business Tycoon Online) is yet another translated Chinese browser-based free online game. It's published by Dovogame, which also publishes a free online browser RTS called "WarFlow". (Which isn't the worst name I've heard for an RTS, but it sure as shit isn't the best by a long shot.)

Unsurprisingly, like pretty much all others of its ilk that I've encountered, it uses pretty women and big fake breasts in its ads, despite the game having pretty much nothing to do with sex - unless distribution and franchising is the sort of thing that gets you hot and bothered. If you stumble across one of their tamer ads, like this one, it might seem pretty indistinguishable from the legions of ads just like this one: 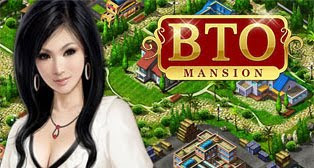 I am totally hot and fiscal for you!

Albeit one whose translations are not as good as some other Chinese-translated games out there: 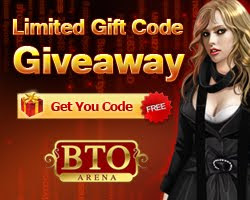 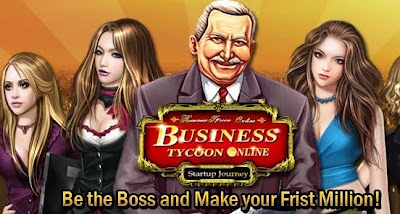 Make money like a former Senate Republican? Woo! What fun!

All joking aside, the second banner about making your "frist" million pretty much sets the tone for the whole ad campaign. Boss = man = clothes. Subordinates = women = BOOBIEZ. And that makes sense, right? If there's one thing that I learned from the few years I worked for a multi-national corporation it's that only men get to be fully clothed. And let me tell you, showing the amount of skin mandated by corporate policy got pretty damned uncomfortable in the winter, what with being in Canada all. I had to resort to drinking margaritas at my desk to keep warm! 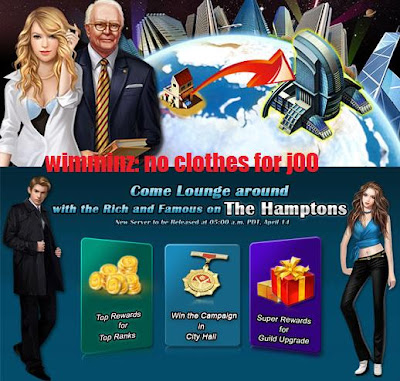 Boobz = profits is one of the biggest laws of economics.

I have to hand it to BTO. They actually have a pretty diverse range of ads in that they steal from pretty much every other online game's ad campaign ever. We have the Breast Now Button from games like Evony and Caesary: 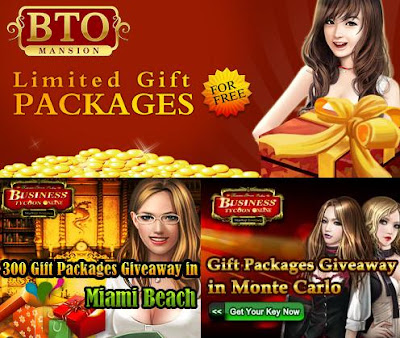 I'm pretty sure the girl on top is naked behind that box. Whiskey tango foxtrot.
There's also the "half-naked woman with o-face with cars" from... just about every car ad ever: 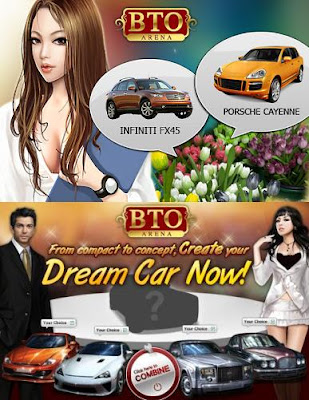 Apparently cars give women orgasms, but only expensive ones.

I have to say, it's pretty surreal seeing all of this sex-based marketing applied to a game about building a business empire. I mean, sure I guess the sexist advertising matches up with the misogynist reality of corporate boardrooms, what with less than 4% of all Fortune 500 CEOs being women. But even so, there seems to be an even larger disconnect between the ads and the game than with other free mmos that use these advertising tactics. When I think "business empire", I usually don't associate it with women's crotches. But apparently, the BTO advertisers would like me to:

Not exactly subtle, are they? Amusingly, I think the advertisers may have fallen into their own trap. It seems like they were so busy staring at this poor woman's crotch to notice that they misspelled treasure - unless they're trying to invent new marketing slang. (Treat + treasure = punany?)

All of this is bad enough, but BTO really goes for the gold with this one: 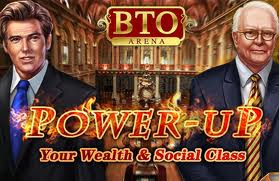 ...by becoming a white man, amirite? I haven't seen a single woman resembling an avatar in any of these ads. All of the women shown as presented as rewards, not as people or potential characters.

Also, look at the ads and really examine the skin tone. The first woman looks Asian, and a few of the others might be (it's hard to tell at such small resolution). But all of the ads feature only figures that share a certain paleness of skin tone. The woman in the first ad is even paler than the JFK-ish guy on the left in the "Power-Up" ad! I didn't find a single figure with a skin tone darker than light caucasian tan until I went hunting for screen shots and found this gem: 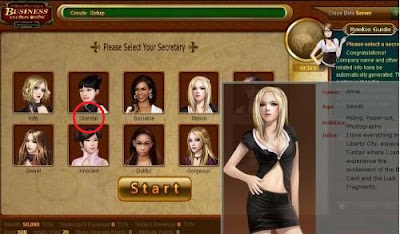 Because only women work as admins. (Fuck. Did I fall into a time warp to the 60's?)
So I guess the lesson is that it's okay to be non-white, as long as you're a hot chick willing to bone your boss, who will always be a white man and may also be ugly and/or old. Remember, it doesn't matter if men in corporate culture aren't young and attractive because we don't hold them to such shallow standards. As for the women, tits or gtfo, bitches.

What I really, REALLY love is that if you squint hard enough to make out the words, each portrait is captioned with not a name but a generic descriptor. Like "sociable", "sweet", "innocent" or "dutiful" - none of which really tell you a whole lot about what sort of assistants they would be. Then you have the even LESS helpful descriptors like "gorgeous" and "stylish" - which describes the highlighted secretary with her shirt open.

...stylish? I can think of a few adjectives to describe her, but "stylish" isn't the one that pops to mind. Generally, being stylish involves, um, wearing clothes.

And then there's the red circle... the type was really small; I initially thought the caption was "Oriental", which I just couldn't believe - hence the red circle. I went hunting for a larger screen and discovered that the caption is actually "Outstanding", which is still pretty ridiculous. Just what is she outstanding at? I think the implication is that it's not paperwork ifyouknowwhatimean.

The thing is, when I went looking for a larger screenshot just now, I happened to find this: 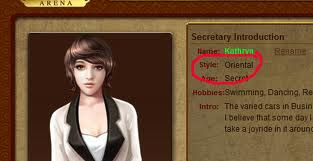 Okay, what gives? This is a game published by a Chinese company! Even if this is a mis-translation, it's one that should have been corrected. I mean, this is just awful. Really, unbelievably awful.