Some of the response that I get to complaints about over-sexualized women in game art is can be summed up in one of two ways: 1) sex sells tits or gtfo or 2) OMG WUT DO U WIMMINZ WANT ALL UGLY GIRLZ OR SUMTHIN? And then you get the artists themselves who say things like:

When I draw a woman, I want to draw her as sexy as possible, I can't really help that. That doesn't mean I can't or won't draw a woman more realistically, but that's the truth.

(Taken from the comment thread on the previous post.) Since not sexualizing women seems to be a challenging concept for a lot of male gamers and artists, so I thought I'd put together a basic primer on ways to create positive depictions of women.

First: The basics (so I don't wind up repeating myself)

Make an effort to learn how female anatomy works. In particular, educate yourself about how breasts - REAL breasts - work. Life-drawing is best, but there are lots of great resources on the internet and in print. Then put what you learn into practice.

When composing your image, choose a pose and angle that are suited to telling a story. That isn't PLEASE COME FUCK ME.

Repeat after me: I will not draw gratuitous cleavage. I will not give female clothing mysterious holes. I will not make breasts larger than heads.

Draw clothing appropriate to the setting. That means no bikinis in the middle of a snowfield. Or on a battlefield.

If your character is toting a five foot long sword, she should probably have some muscles.

Second: Advanced lessons and some examples

All of the examples here listed as "WRONG" violate at least one of the previous rules. Some of them violate several at once. I won't belabor the point with these examples - the violations should be easy to spot. 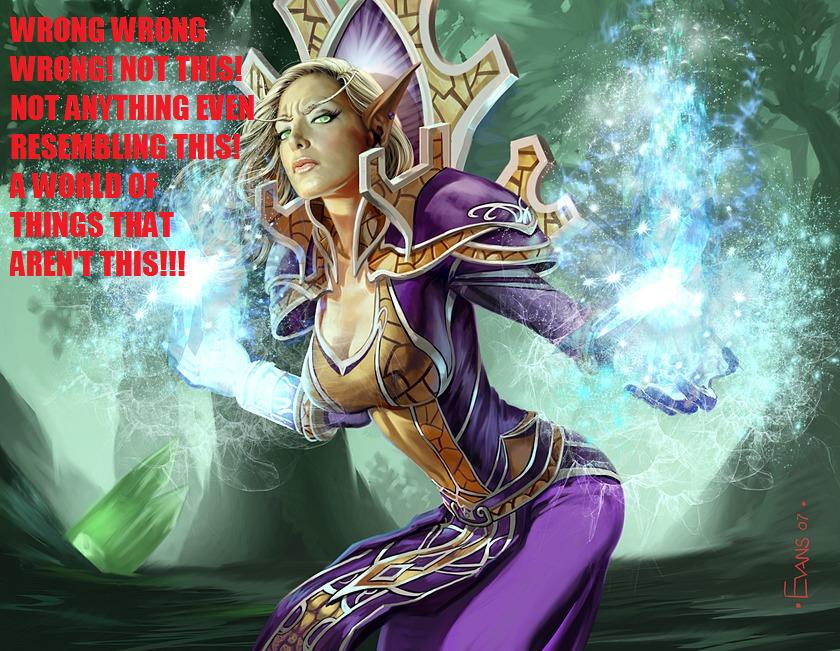 Please excuse me. I have to take a dump.
Remember the basics? This breaks almost every single one of those rules. DON'T DO THAT. If your art looks anything like this, throw it out and start over. 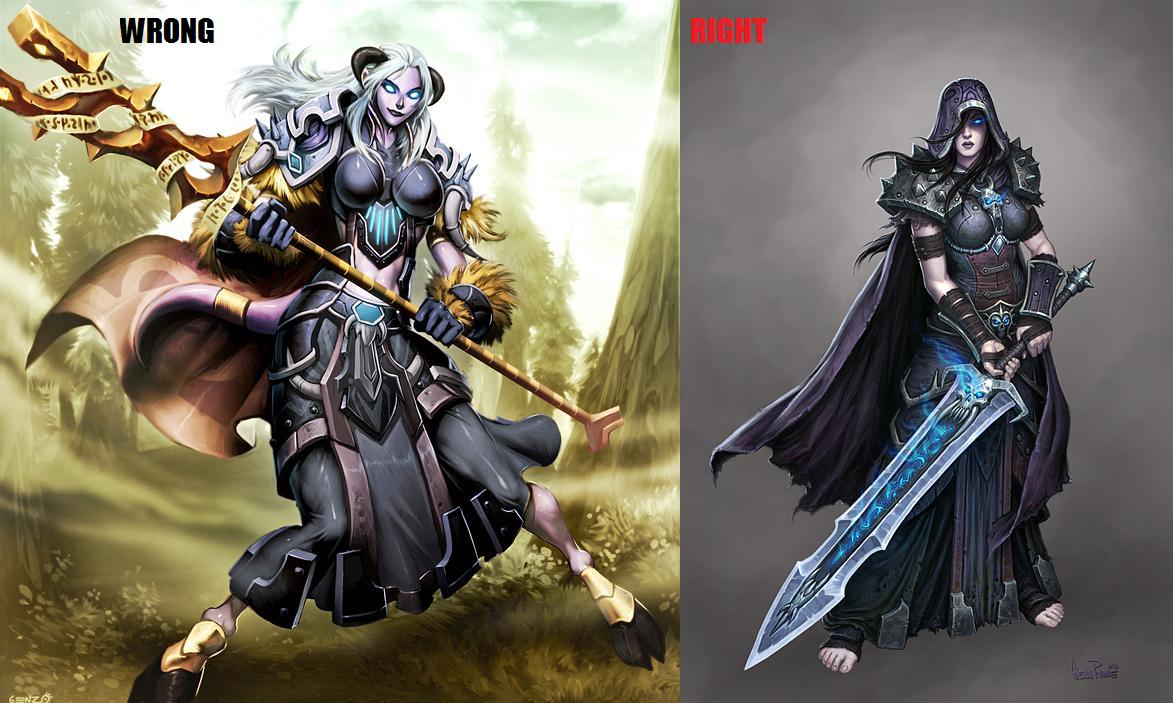 This is going to seem counter-intuitive, since I spent most of my last post bitching about how passively women are depicted in Blizzard's art. But sometimes when drawing female characters, a neutral pose is better than an active pose. The death knight on the left is active, yes, but look at the bizarre pose she is contorted into that is pretty clearly designed to show off her curves. Contrast that with the death knight on the right, who is standing still, but with her weapon at the ready. The woman on the right is clearly more threatening; the woman on the left just looks like a model in a silly pose.

Expression is important too. People are drawn to faces. The image on the left, with the vaccuous and generically inviting expression on her face, doesn't really convey much of a sense of character. The image on the right is full of it. This woman is not posing for your benefit. Her expression is genuinely menacing. This is a character I want to play! The Draenei? Totally forgettable. 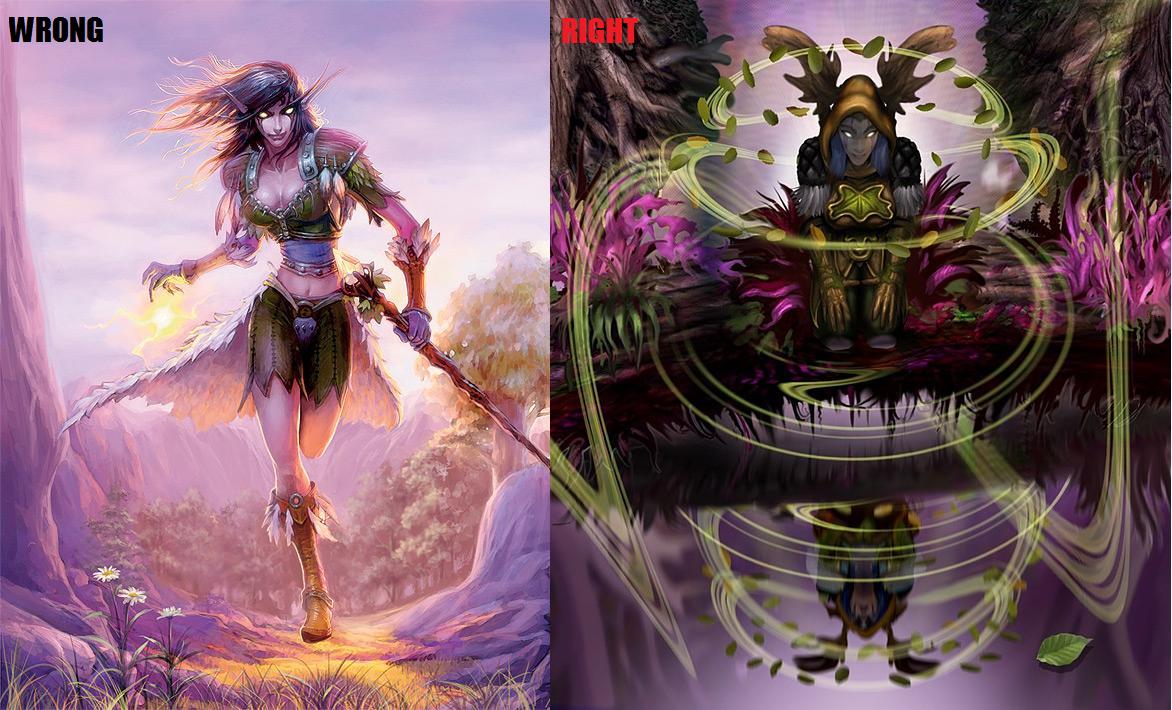 Another example of my point. The druid on the left, while active, is still wrong. Again, the pose serves more to emphasize her, ahem, "feminine wiles" than to give her any real sense of character. Contrast this with the druid on the right, who looks capable of doing things more important than running through the forest in a weird Azerothian version of Baywatch.

Now these are a little less obvious, so I've circled the problematic bits. (You might have to click through to see what I'm talking about.) All of these women are fierce, all of them are active, and all of them are in a believable environment. But all three of them are still wrong. Let female characters be awesome without having to show their tits and/or midriff! 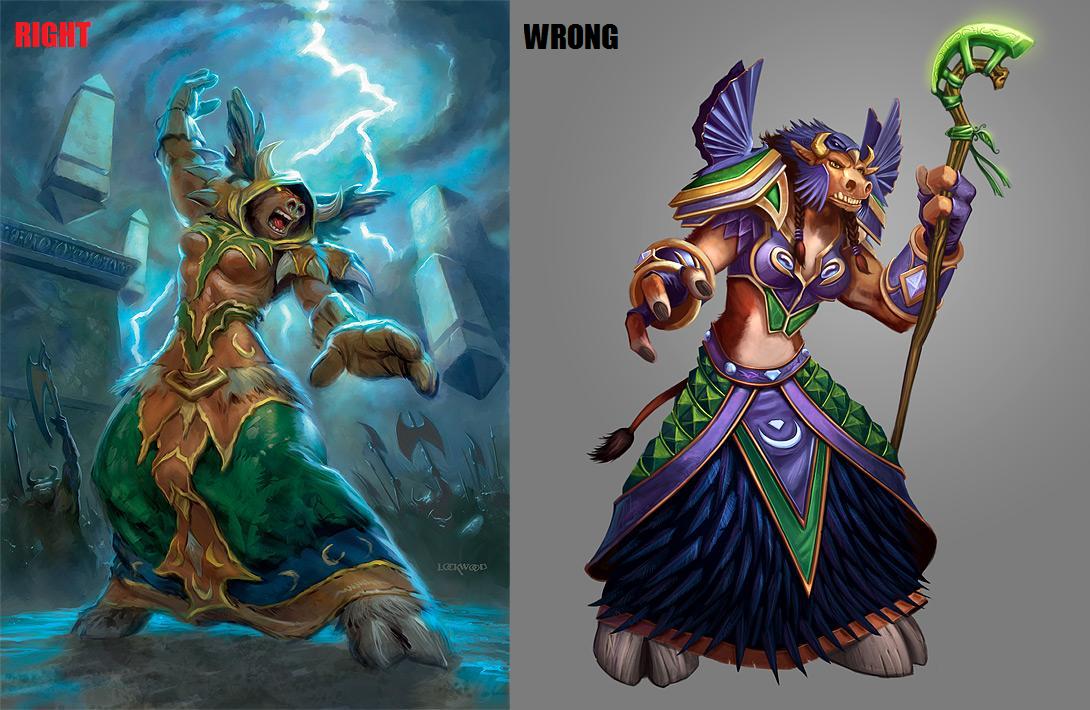 Resist the temptation to have your female characters standing around and doing nothing. Draw them doing awesome things!

I won't waste time discussing why number three is wrong. If you're having trouble with that, go back and read the basics before taking a second look. However, I will divert matters for one second to talk about prettiness. Not all of your female characters have to be pretty! If you're drawing a character that is monstrous in nature (like undead) it's okay to have them be monstrous! Do you have any idea how jealous I was when I discovered that only MALE undead get to have missing jaws in WoW? 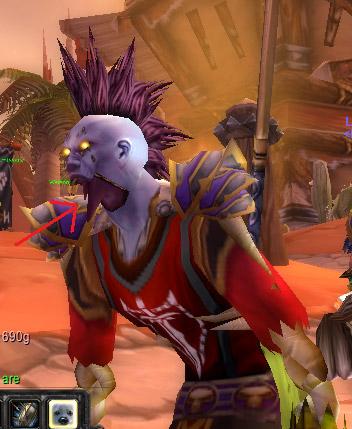 Both number and number two are rotten everywhere except their (pretty) faces and their (perky) boobs - which is a particular pet peeve of mine. Let them be gross! But number one gets a pass where number two doesn't because of a few factors. First, number one is posed actively, and not just for the sake of showing off her boobs. Her stance and armor are appropriate for the type of fighter she's supposed to be, and her expression is wonderfully cocky.

Number does have some things going for it: she's covered, her expression is actually menacing, and the image conveys a real sense of atmosphere. However, once again we have the aforementioned magical rotless breasts and the passive stance. What tips it over into fail for me is the visible nipple. Come on, guys. Don't put visible nipples on dead things. That's just yucky.

Lastly, we'll close with the blood elf rogue. This! This is what I want! She is active and competent looking and actually looks like an adventurer! There is a story in this image. I can totally imagine trying to sneak past that giant. This is an exciting avatar! Do you hear me, Blizzard? Now go and do more of it. Lots more.

[Edit: part 5, the final installment, can be found here.]
Posted by wundergeek at 6:50 AM